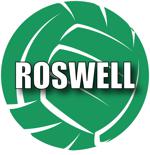 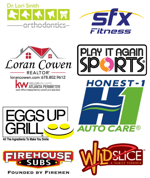 Coach Kirk, the Graduation Coach at Roswell High School, began coaching at Roswell in 2007. She has coached club volleyball with On Court and GA5. In 2016, she assumed the role of head coach for the Hornets.

Coach Brickhouse is a seasoned basketball coach and player who has been at Roswell for seven years. She is the Health and PE department chair and is adept at strength and conditioning. She joined the varsity coaching staff in 2018 and is excited to continue the tradition of success at Roswell.

Lauren Mobley is a community based instruction teacher for special education students. She joined the Hornets coaching staff in 2016. She played volleyball at the varsity level at West Forsyth, and she played intramural volleyball at Georgia State University for her sorority, Zeta Tau Alpha. She is very much looking forward to learning more about the game, getting to know the girls, and continuing her coaching career with the Roswell Hornets!

The 2018 season marked Coach Ashworth’s first season with the Hornets volleyball program. She played varsity volleyball at West Forsyth and at the collegiate level at GSCU. Coach Ashworth is excited to continue her work in the program and support the growth and development of our players.

To say that volleyball has been a part of my life would be an understatement. I grew up in California where volleyball is taught to everyone and played by almost everyone. I have played or been involved with the sport for 28 years and I enjoy coaching and playing.

Jon grew up in Maryland and played various sports in High School.  He began focusing on volleyball in college.  Jon founded the men’s volleyball club team at Eckerd College in St Petersburg Fla.  In the second year of its existence the team won their regional championship.  Jon also played and won manycompetitive beach and grass doubles tournaments in Florida, Maryland, D.C, Virginia and here in Georgia. Jon started coaching with the Roswell Recreational department and Crossfire Volleyballin 2013. In 2015/16 Jon was introduced into A5 and took over as the head coach of the 10-2 team. Jon assisted the 10-1 team as they traveled to Orlando for AAUs in 2016. In 2016/17 Jon was the head coach of the A5 10-1 team and in 2017/18 he will be back as the 10-1 head coach.

BIO: Volleyball has been one of my biggest passions in life and has taught me more about myself and life than I could have ever expected. My goal as your coach is to spread the passion I have for volleyball to you, help you to realize your potential not only as a volleyball player, but in life, and to of course spread my knowledge of the game to each of you and help you to grow. My coaching motto is to keep the big things big and the small things small.

Graduated from Georgia Tech in May of 2017.  I also love to enjoy the outdoors- hiking, kayaking, and running!

BIO: I have been coaching volleyball on and off for the last 20 years with the main focus being on the middle school age groups, as well as 2 years as a 9th grade coach and assistant varsity coach in Minnesota. I played volleyball at the high school, D3 level in college and adult power leagues. I’m looking forward to continuing to coach in Georgia!